For What It’s Worth | The Right to Protest 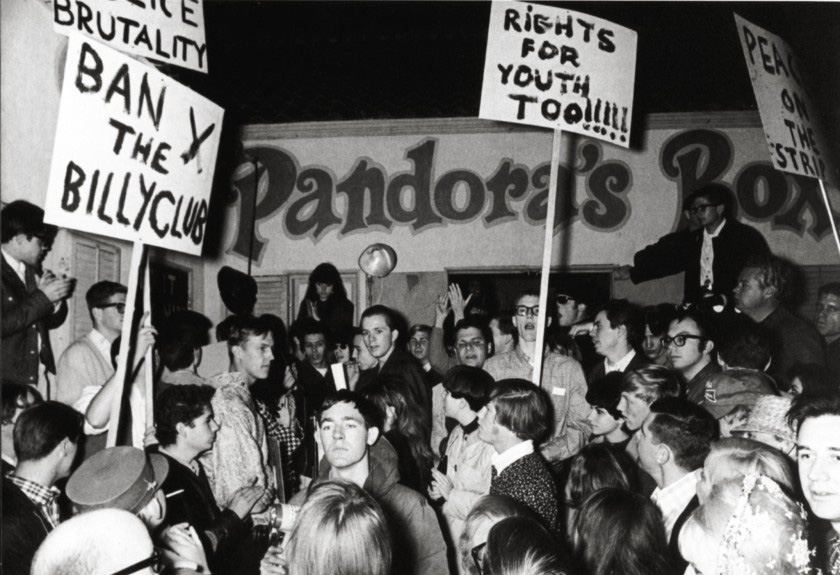 For What It's Worth - The Right to Protest

BUFFALO SPRINGFIELD – FOR WHAT IT’S WORTH (STOP, HEY WHAT’S THAT SOUND)

Although “For What It’s Worth” is often considered an anti-war song, Stephen Stills was inspired to write the song because of the Sunset Strip curfew riots in November 1966—a series of early counterculture-era clashes that took place between police and young people on the Sunset Strip in Hollywood, California, beginning in mid-1966, the same year Buffalo Springfield had become the house band at the Whisky a Go Go on the Sunset Strip.[6] Local residents and businesses had become annoyed by how crowds of young people going to clubs and music venues along the Strip had caused late-night traffic congestion. In response, they lobbied Los Angeles County to pass local ordinances stopping loitering, and enforced a strict curfew on the Strip after 10 p.m. The young music fans, however, felt the new laws infringed upon their civil rights.[7]  Source: WikipediA

On Saturday, November 12, 1966, fliers were distributed on the Sunset Strip inviting people to join demonstrations later that day. Several of Los Angeles’ rock radio stations also announced a rally outside the Pandora’s Box club on the corner of Sunset Boulevard and Crescent Heights. That evening, as many as 1,000 young demonstrators, including future celebrities such as Jack Nicholson and Peter Fonda (who was handcuffed by police) gathered to protest against the curfew’s enforcement. Although the rallies began peacefully, trouble eventually broke out.[8] The unrest continued the next night, and periodically throughout the rest of November and December, forcing some clubs to shut down within weeks.[7] It was against the background of these civil disturbances that Stills recorded “For What It’s Worth” on December 5, 1966.

“For What It’s Worth” quickly became a well-known protest song.[12] In 2006, when interviewed on Tom Kent‘s radio show Into the ’70s, Stills pointed out that many people think the song is about the Kent State shootings of 1970, even though its release predates that event by over three years.[13] Neil Young—Stills’ bandmate in both Buffalo Springfield and Crosby, Stills, Nash & Young (CSNY)—would later write “Ohio” in response to the events at Kent State.[14]

An all-star version of “For What It’s Worth”, with Tom Petty and others, was played at Buffalo Springfield’s induction into the Rock and Roll Hall of Fame in 1997; Neil Young did not attend the event.[15]

The song is a staple of period piece films about 1960s America, such as Forrest Gump, and often used as a common shorthand to quickly establish the atmosphere of 1960s counterculture movement and protests.[16]

The song appears in the intro to the 2005 film Lord of War, showing the lifecycle of a bullet, from manufacture to firing.[citation needed]

On August 17, 2020, Billy Porter sang “For What It’s Worth” for the 2020 Democratic National Convention backed by Stephen Stills on guitar, a nod to the song’s resurgent use in the summer 2020 American protests.[17][18]

Uphill Media supports WikipediA, you should too.

Of course Hollywood made a movie about it. The trailer is quite interesting…